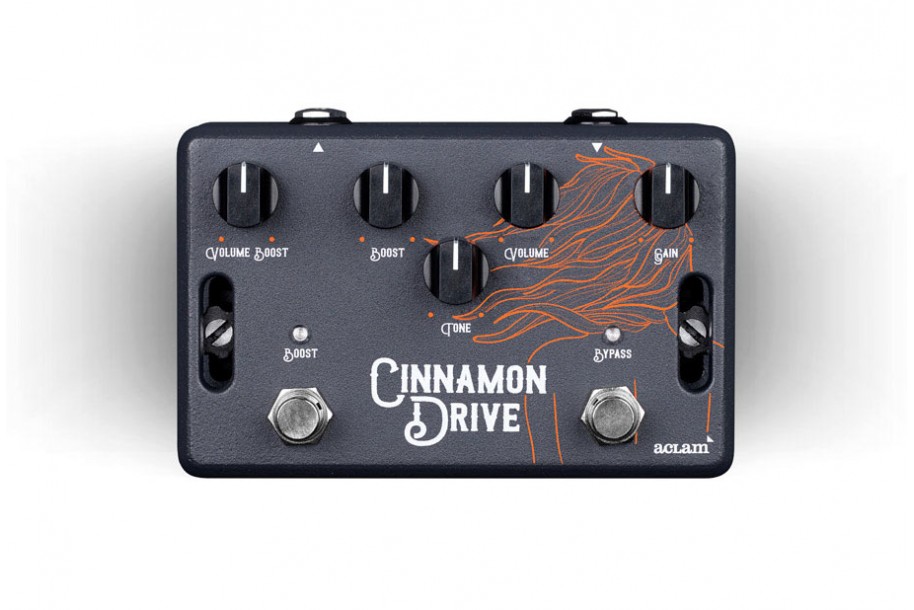 Some of you may know we have just presented in society our first effect pedal which, by its name, can be easily worked out that we are talking about an overdrive.

During April 2017 talks for a new project focused on effect pedals began at Aclam. After intensive brainstorming the idea of a mid-gain overdrive pedal germinated in our brains. The idea of recreating the tone, dynamics and pick response of tube amps from the sixties and seventies sounded the way to go.

At Aclam, as the diehard rock fans that we are, legends as Eric Clapton, Jimmy Page or Pete Townshend have left a huge impression on us since teenagers. All the intensive listening of albums like Led Zeppelin’s “IV”, The Who’s “Who’s next”, Cream’s “Goodbye” or Jimi’s “Are You Experienced” through the years, have allowed us to embrace this now familiar sound. All the mentioned albums were recorded in the most simple and raw way, a guitar, cable and a good amp set-up to the max (except for a bit of fuzz in some solos here and there). Well, that simplicity is what we wanted to reflect on our first pedal’s design.

In a packed-out market with many overdrive options, specially dominated by a greenish device, our goal was to distance ourselves from that recurrent circuit and start from scratch.

Burr Brown op. amps, Wima capacitors and carbon comp. resistors were some of the ingredients with which we began designing the recipe for our first pedal on the breadboard. Always with vintage valve amps near for the sake of reliable comparative analysis.

While works on circuitry design were being undertaken, ideas for the enclosure were slowly shaping the appearance of our device. We already manufacture the Smart Track pedalboard, the only solution that avoids the use of velcro or adhesives to attach pedals to the board, so we wanted to find a smart way to take advantage of our system in a non-detrimental manner for people who like sticking things on their pedals; we could not go for just a standard box to reach our goal.

The preliminary version for the enclosure was projected in September 2017 after months of sketching every idea that crossed our minds (by the way, octahedrons are not very practical). We chose a horizontal build to assure enough free space between the two footswitches, avoiding unwanted activations, and an anchoring system on the sides for quick lock and release on our Smart Track pedalboards.

In early October 2017 we already had our first prototype on stripboard, over which we could start polishing the features and tone of the definitive version. This prototype (using a standard enclosure) was the one we started to show to the trustworthy musicians we know, so they could give their impressions to improve it.

Many ideas and improvements arose, like a boost mode with an independent volume control, reducing the amount of gain or having the option to cut or boost the bass frequencies of the circuit.

After this first feedback we developed a new prototype with the first custom enclosure version and all the enhancements suggested by musicians from our domestic scene.

So, we had all this awesomeness flying around in the form of sound waves but no name for the device yet. At some point our community manager and circuit co-creator Marcel, who was trying the pedal, started to play Neil Young’s Cinnamon Girl riff and suddenly it all seemed to make sense, Cinnamon Drive was the perfect choice, the rest is history…

At the beginning of 2018 we started the process of designing the PCB of the Cinnamon Drive to attain a more consistent production.

We also developed together with our PCB local supplier the bypass switching system and boost channel. Instead of using typical 3PDT footswitches, we opted for a relay-based bypass, incorporating a microcontroller that constantly monitors the power supply to switch to bypass automatically in the case of a power supply failure.

It was a tough process due to the difficulty of attaining the same sound from the breadboard on a PCB with many layers and ground planes. Small capacitances and resistances between layers and traces make the circuit to behave in a different manner comparing to when operated on a veroboard or breadboard. Apart from all the additional extra components related to the microcontroller which manages the switching system.

After three months and three different PCB prototypes we finally hit the right button, reaching the optimal design and allowing the definitive version of the Cinnamon Drive to sound identically as the prototype.

This was happening just in time to give a unit to Jordi Roig (Love of Lesbian guitarist) who would try it during their Latin-American tour in March 2018, with the final Smart Track enclosure already fully developed. Without knowing, 20000 people heard for the first time the roar of the Cinnamon Drive in the Mexican Vive Latino festival. At his return, Jordi had no objections which made us conclude the development period to begin the production phase.

Love of Lesbian playing live. No one noticed they were listening to the Cinammon Drive's last prototype ;)

Finally, on April 2018 the production for the first series of the Cinnamon Drive began. We are now immersed in this phase, assembling and testing one by one each Cinnamon Drive that will leave our warehouse.

Cinnamon Drive is the culmination of over a year of development and many prototypes to reach the idea we had in our minds, an overdrive pedal with the response and tone alike a valve amp.

You can also discover the influences that helped designing the Cinnamon Drive’s sound in our Spotify latest playlist: here!