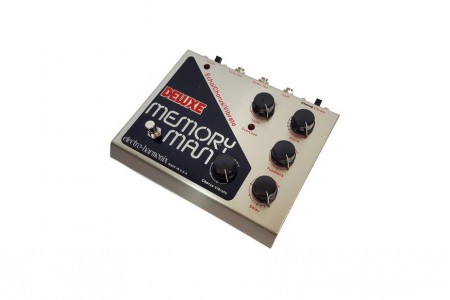 Rivers of ink have flown trying to decipher the truth about which is the best bypass method for effect pedals. Becoming an almost religious dispute, the “true bypass” supporters firmly defend mechanical switching, whereas “pro-buffer” enthusiasts do the same using technical reasoning that not every musician can come to understand.

But, what exactly is bypass?

Almost every effects unit has the option to disconnect the device and listen to a non-processed clean signal from the instrument; this choice can be found either in desktop units as well as in racks or in stomp box formats.

This function is what is known as bypass, which can’t be mistaken for “On-Off”, as the latter would refer to the effects pedal receiving or not current from a power source.

So, the first thing we must consider is that when we activate our effect pedal’s bypass mode, we don’t cut off the current, what we are doing is stopping the audio to access the circuit or part of it. This way, the unit is still on and working, but without having to process part or the totality of the signal. 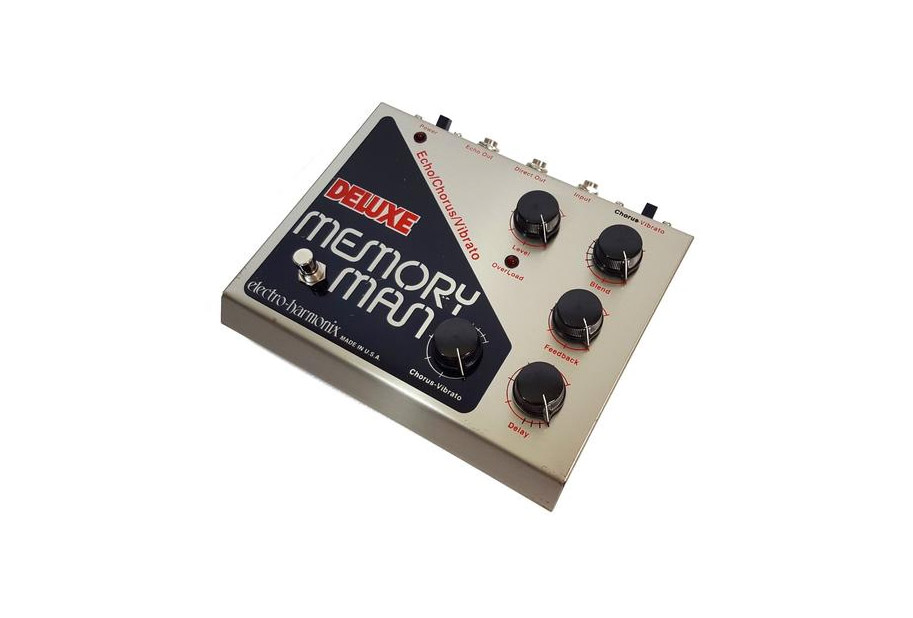 This EHX has an On switch flus the Bypass footswitch.

Why are there different bypass methods?

The variety of bypass designs can be attributed to many causes: manufacturing cost adjustments, engineer’s personal preferences, physical circuit and casing dimension adjustments or benefits it could apply depending on the use it’s destined to.

However, different trends have appeared over the years.

From the 60s to the 70s, most pedals used mechanical switching through a footswitch. Since the end of the seventies to the beginning of the nineties, the use of electronic switching using transistors became a trend. Later, during the “boutique” flourish in the mid-nineties, smaller manufacturers returned to the traditional mechanical switching system, this time using triple-pole, double-throw switches (3PDT) which would allow to send the signal from the input jack directly to the output jack, naming it “true bypass” and selling it as a totally transparent system for the instrument’s tone. 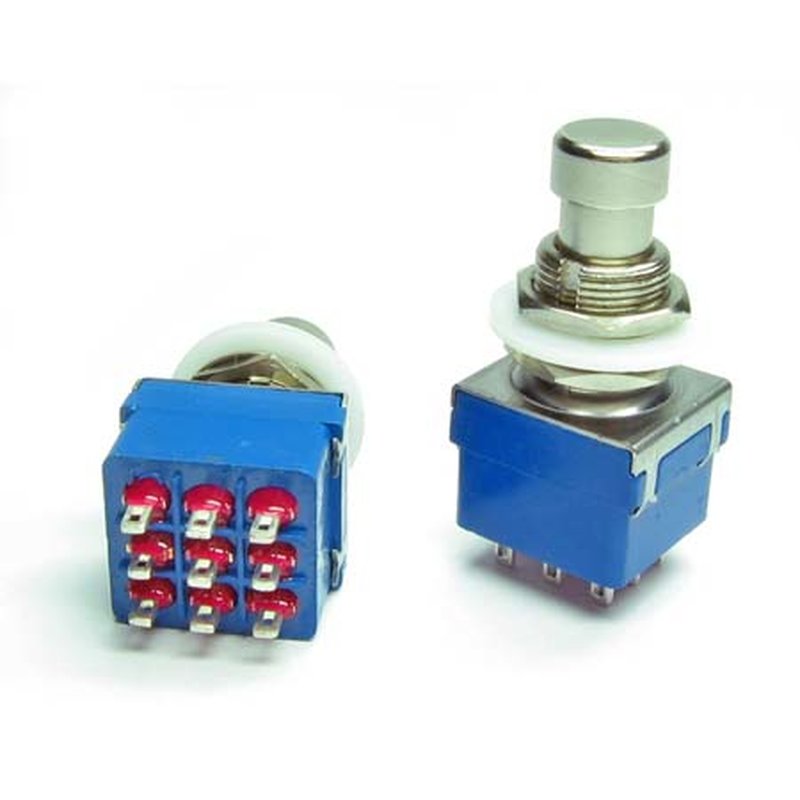 The famous 3PDT switch. The beginning of the boutique era

Does bypass affect my instrument’s tone?

There isn’t a unique answer to this question. What we can guarantee is that any element placed between our instrument and amp will affect the tone, even in a subtle way; even cables can make a difference!

Guitar and bass pickups, despite of using a very elementary working principle, have complex properties and interact with other elements which are connected to, like cables and potentiometers.

Potentiometers change the signal’s impedance to ease or worsen the flow through the cable. When the cable is very long or has low quality, it has bigger resistance and capacitance, which combined with the pickup’s coil inductance alters certain signal frequencies of the instrument, normally reducing the presence of high frequencies and making your tone muddier.

Having said that, we can relate a loss of tone for each pedal you chain up between the guitar and amp, as it will add cable length, solder joints, contacts and circuitry that will affect your guitar’s tone.

Some manufacturers use switches with less switching capabilities due to budget or box space issues. These switches have fewer circuits meaning that they can’t completely isolate the audio, resulting in a bypassed signal which is really being sent to the effect, generating the much feared “tone sucking”. Even though it is an uncommon practice nowadays, some manufacturers during the seventies, like Electro Harmonix and MXR, used this arrangement.

Heres a diagram of the typical seventies fake bypass

How to solve this problem?

Just as previously mentioned, at the end of the seventies electronic switching was introduced into effect units. This system uses transistors as switches to send the signal to the effect or directly to the output jack. One of this bypass system’s particularities is the use of one or more buffers to reduce the pick-up signal impedance and to isolate its high sensitivity to capacitance and external interferences. After the buffer the signal has much more energy and it is isolated from the pickup’s inductance and impedance, being easier to be processed and routed from “On” to bypass in a silent manner and without any frequency spectrum loss.

Then, are buffers good or bad?

Even though buffers help to clean and give enough energy for our instrument’s signal to reach the amp in a strong and healthy manner, they can cause slight tone alterations in real life. Due to the non-existence of an ideal or 100% efficient component or circuit in electronics, a buffer, despite of being a circuit with the same input and output volume, will tend to lose a small signal quantity (volume loss) and emphasize certain frequencies.

Although a small loss can be difficult to detect, when you link several pedals with input/output buffers, you chain up these losses and modifications of your instrument’s EQ to the point of having lost volume, dynamics and the resulting tone has nothing to do with your instrument’s original one.

It was because of this that after the boom of Made in Japan pedals with their electronic bypass systems and buffers, new manufacturers brought back the mechanical switching and coined the True Bypass concept. Simply by turning the treble knob of your amp slightly up you could restore the original straight-to-the-amp tone without losing as much dynamics.

So, if buffers aren’t ideal and true bypass has disadvantages, what do I do?

Nowadays a set of over 5 pedals is something more than usual. The best way to face your pedalboard’s assembly having tone possible tone losses in mind would be analyzing each one of your pedals and choose strategic positions to keep your instrument’s tone as clean as possible.

For instance, if most of your pedals are true bypass, it is convenient to place a buffered bypass pedal in the first in your effect chain; that will decrease the signal’s impedance and won’t have many problems to flow through the following pedals. If you place another buffered pedal at the end of the chain, it can help to restore part of the lost tone.

Lately, pedals that let you choose between buffered or true bypass are appearing.

TC Electronic’s Polytune 3 for instance, will let you choose between these systems depending on what your needs are in your current setup.

Other manufacturers offer buffered bypass option for their delay and reverb effects, keeping effect trails sound even in bypass. An example for that would be Strymon.

Some manufacturers have developed refined buffer designs such as Fulltone with their Enhanced Bypass in the OCD v2 or Pete Cornish with their famous Line Driver.

Fulltone’s idea is to use a Class A pre-amplifier with a low amplification factor to compensate a signal loss of 0,3 to 0,06dB found in the standard buffers.

Pete Cornish, a renowned British engineer who has set up rigs for artists as important as U2 or Queen, designed the LD-1, another Class A pre-amplifier with a light amplification and the distinctive feature of having an input impedance closer to a typical valve amp. Pete Cornish includes this circuitry in all their effect pedals bypass and incorporates them to the custom rigs that he assembles for his customers.

All the pedalboard’s elements affect the tone so make sure you use good quality cables with low capacitance, specially the one going from the guitar to the pedalboard, which is the most crucial. Additionally, have a look at the bypass system of your pedals and test changing the order (always it seems logical) to see which combination gives you better results.

As we have already mentioned there are cleverer ways than others in terms of making buffers. Some effect pedals are known for their much improvable buffer circuit which drastically changes the instrument’s tone. Many of them can be tweaked to True Bypass and, in most cases, the resulting mod will improve the tone. Digitech’s Whammy series (until the 4th version) and Dunlop’s Cry Baby are the most customized pedals in this sense.

However, it is important to keep your gear in conditions and to get benefit from what you have without obsessing yourself with the utopia of perfect tone. Electric guitar (and bass) isn’t a perfect instrument, which I think is part of its beauty. There will always be something to improve in your gear, but don’t focus only on that rather than learning how to enjoy playing the instrument!