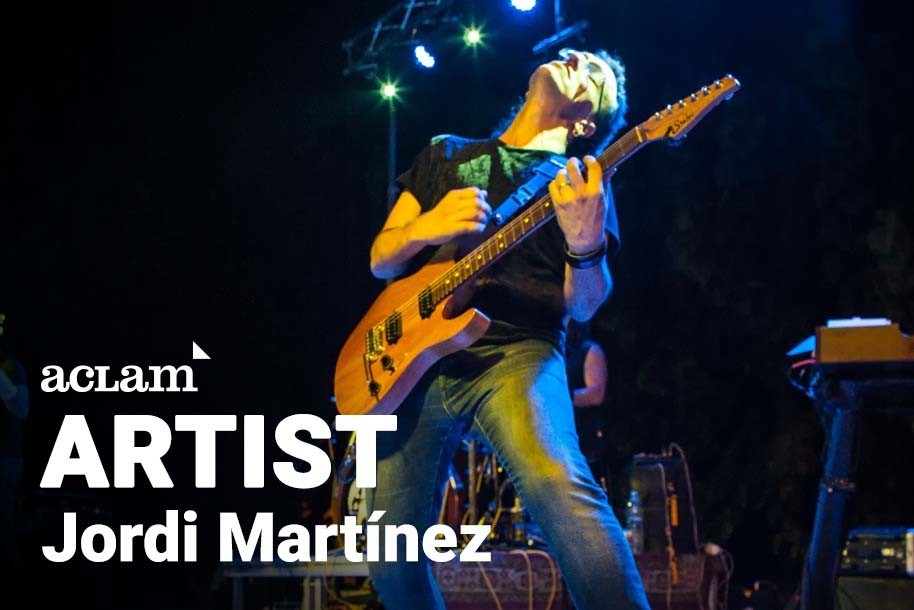 Once a time, Paco de Lucia answered same question with a brilliant sentence: "I´ve been playing the guitar 14 hours every day since I was a child, and this, on my Land, they casll "Duende"". Talent without work, doesn't usually work.

The Covid changed the rules, almost for a long time. My income is based 90% on playing live shows. It was a really hard kick on the ass. Now I'm trying to promote my on-line productions and guitar recording sessions. Fortunately, even lowering a lot the gigs and with lots of them canceled, I´m playing live since mid June and I have contracts until October... but always with the fear of a new confinement. All the gigs are in small format, just 4 of them with full Band on a big stage context.

Helping to give a final touch on a New exciting and interesting launch from the Great Brand Eventide (who I´m Artist and Ambassador and I also help on development. It's A true proud !). I ´m producing a video for my New endorsement as an Artist for Antelope Audio. Also working on some exciting video collaborations with Artists around the world and, last, but not least, on the live Shows until October and... I hope beyond !, always with my Aclam Boards on the ground !!! ;-)

My own !!! hahaha, I´m so happy with it. It starts with my Kiesel Delos, to a Dunlop Cry baby mini wha, the Keeley Electronics Red Dirt, to a Aclam Cinnamon Drive Swiss knife, Eventide The Rose epic Delay, to a Xotic EP Booster, from there to the H9Max with the Barn3 OX9 control installed, and, then the signal splits from the Eventide in stereo, left side to an amp and cab simulator, and the other to my Custom made George Tube Amps El Dorado.

Light my fire ( The Doors)

My Best creation isn´t musical, but for me is all my music: My Daughter Xènia and my Son Arnau, They really Rocked my life ! The worst creation... I can name a few... maybe one of them was one of my first attempts to compose... I´m trying to forget that...!

Lots of them... The first (BIg), to be honest I don´t remember, maybe could be Van Halen ?, no...!, Steve Vai with the great Devin Thousend !. The last was a tribute to Maná, a Band from a friend of mine, 5 days before the confinement

Steven Tyler (Aerosmith): Just I love the way he sings, feel and enjoy the music... Mike Jagger: There´s not enough big stage for him.

If I had thought about answering this question, I would never have become a musician.

During a concert, a girl appeared next to the stage, she was a beautiful woman. It was a big concert, with an important security device so I thought it was someone from the organization, at the end of one of the songs, I made the gesture of approaching me to see what I wanted, she approached the middle of the stage and kissed me in front from the astonished gaze of the whole band and myself...That night was complicated, since my wife... was in the audience!. Rock'nRoll Lifestyle

Whatever from Bowie will be always Great !

These are uncertain times, but I feel that creativity keeps pushing me...! For now I will be playing live as much as I can, while also making productions and writing songs. And for sure, trying to find enough time to write and record videos like this with good friends:

A wonderful anecdote that happened during the confinement: We did this version of the song Heroes by the great David Bowie, and after a few days, I received an email from ... Tony Visconti !!!, the original producer of the David Bowie song congratulating me on the work. A treasure that I will keep in my heart for the rest of my life:

Know more about Jordi at the Aclam artists page