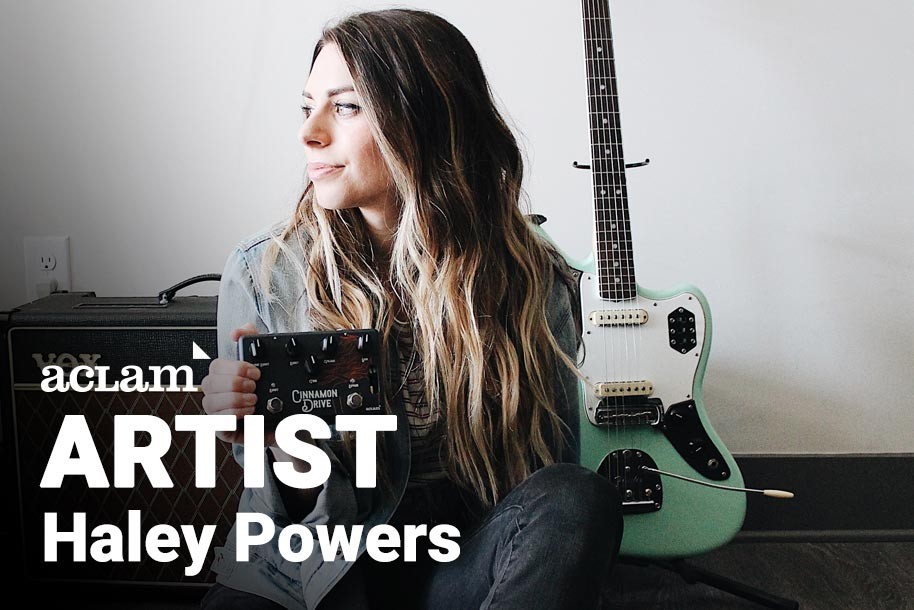 I am a guitar player and blogger who creates encouraging content for guitarists and plays and writes music with various bands in Nashville.

My family is very musical and we actually had a family bluegrass band growing up! My dad taught me to play guitar when I was in Jr High and I’ve been hooked since!

I definitely believe in practice! I don’t know if anyone is naturally talented at guitar and I think the fear of it not coming easy enough can discourage a lot of beginners. It definitely takes time and work!

Well I had all my shows this year cancelled which was a bummer, but it’s made me work more on online courses and songwriting which is good! I think it’s going to make people be more creative with what they can do and a lot of people are putting out albums this year. Also it seems like shows are slowly being added back which makes me excited!

Right now I am working on finishing up a course on improving and have been writing music with my sister!

Definitely have Aclam on it! :) Also I love the new amp modelers coming out and think it’s so nice to not have to carry an amp to every gig. I have the HX Stomp and love it!

Oh goodness- my own renditions of what ever I was listening to that day. Usually, I don’t know the words to I make up my own (it’s not great... haha).

My best is probably my new courses and songs- I’ve definitely come a long way with them! My worst is the songs I wrote when I first started songwriting- they were kind of terrible haha.

Haha not yet thankfully!

The first concert I went to was I think Switchfoot (who I still love!), most recent was The Band Camino, and next is hopefully Julia Michaels (I’ve always wanted to go to one of her shows!)

I think Keith Urban- I think he’s such a creative guitarist and puts on amazing shows!

I think if I wasn’t a musician, maybe something with home renovation or starting a small business. I’m a very imaginative/ creative person so something that would let me come up with lots of ideas!

One time I traveled 12 hours for this gig that ended up being in the middle of nowhere. We realized when the band before us kept inviting people on stage that like 90% of the people in the audience were related. They all left before we even got on stage!

I think the Monkees when I was in 3rd grade! Haha I was a big fan of them.

Right now I am planning on growing my band with my sister (we are called The Rivalry) and are recording some new songs soon! I am also growing my courses and blog at www.haleypowersmusic.com. I’m excited to see where the rest of the year goes!

Know more about Haley Powers at the Aclam artists page