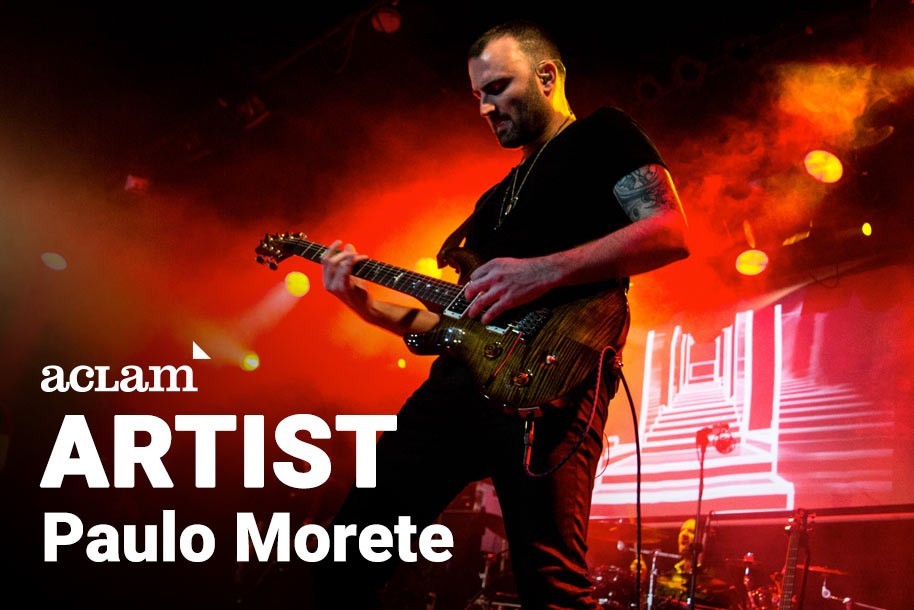 For me and my current projects, cancellations of all our shows and we stoped all mkt activities until end of 2020. Talking about the music industry, I think that we lost more than money... we lost concert halls, promoters, musicians, tech people.... :(

I’m working in my solo project called like me “ Paulo Morete” and I’m working with Absenci to launch new songs next year 2021.

I like to use big Aclam pedalboards, because I use a lot of pedals like wah, whammy, volume pedal, midi pedalboard, tuner and my Hotone Ampero direct conected to P.A system.

Its Depends of the moment! I like to listen rock music while I’m in the shower. Alter Bridge, Metallica, Gnr, Porcupine Tree and others....

Talking about songs... Maybe songs that I composed when I was very young and I didn’t have enough knowledge of music.... best my last songs with InMune

Alter Bridge, love this band and their music.

Slash of Guns and Roses.

Guns and Roses Appetite for destruction

Know more about Paulo Morete at the Aclam artists page