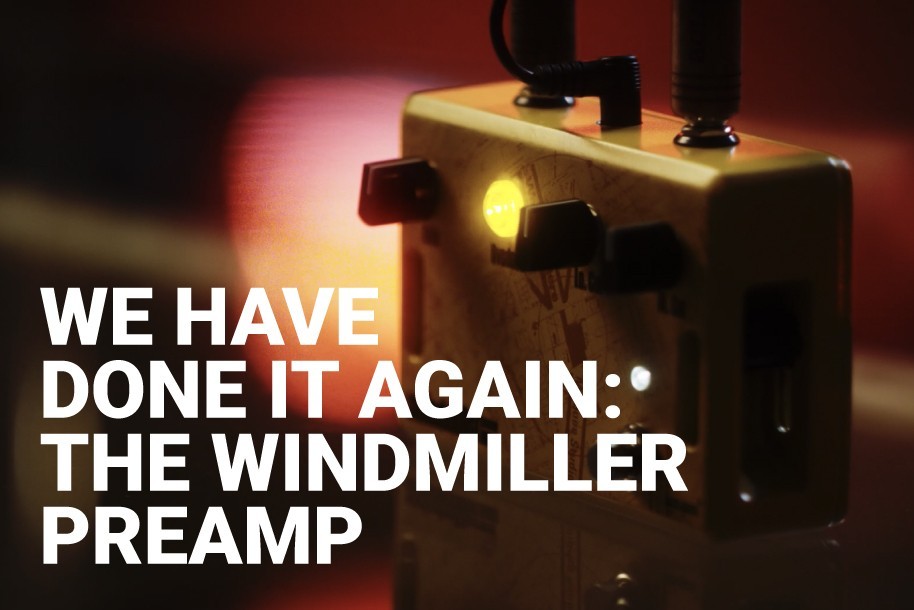 We have done it again: The Windmiller Preamp

That's right, we've done it again. We have created a new pedal: THE WINDMILLER PREAMP.

For this project, we have been investigating strange, rare and forgotten devices, just as we did with Dr. Robert.

This time we have focused on one of our favorite groups: the British band The Who. More specifically in the incredible sound of his guitarist Pete Townshend and his unmistakable arm movement: the windmill.

How did he achieve these effects?

In our search for that sound, we came up with a video of the group playing at the legendary London venue called The Marquee Club. It showed a rare little device on top of Pete's amp.

After a huge research, we found the key. It was the Grampian 636, which was made in the UK in the middle of sixties.

The next step was trying to find a Grampian 636. Today it’s difficult to find an original unit because they were not produced in large numbers. But we finally found it and were able to continue with our new project.

We have done a recreation of the Grampian Type 636 Reverb Unit preamp, which Pete Townshend used to fatten up his tone and boost the guitar signal. The result: the Windmiller preamp.

Built-in EQ controls allow you to fine tune the tone you want to match different amps and pickups, making it truly versatile.

It's like having two pedals in one! If you place it after a low-impedance signal source (such as a buffered pedal output), it behaves in a more linear fashion with barely noticeable color, so you can use it as a normal clean boost pedal, ideal for solo parts.

If you want to achieve a vintage, clean and saturated gritty tone with a singular tone color, the Windmiller pre-amp will be the final touch to make your sound more unique. Explore new limits of your amp and rock again!