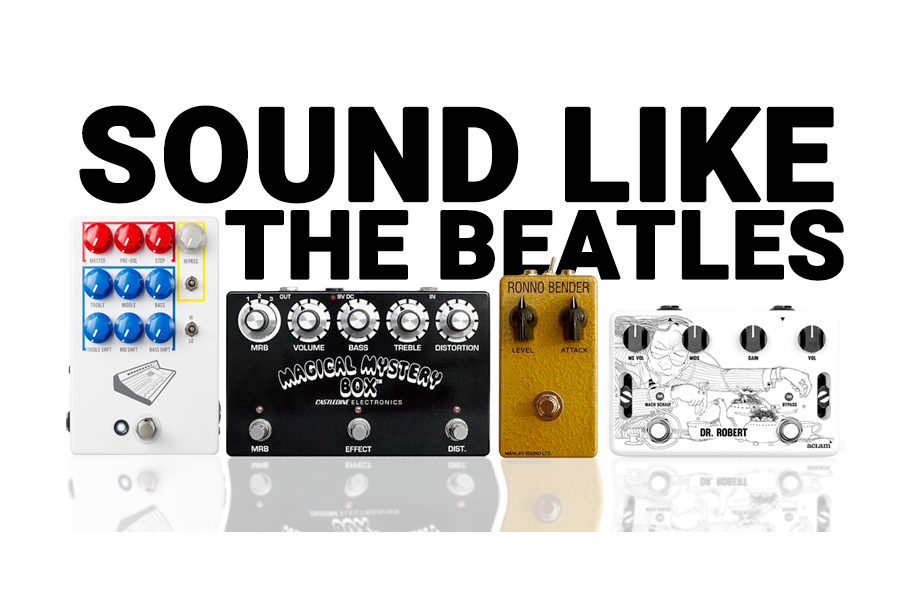 The only way to sound like The Beatles is being The Beatles. You get the point, right?

You will never be one of them although you may love daydreaming, as I do, about having joined the Beatles even as a temporarily job. That was the case of Jimmie Nicol, the substitute drummer for two weeks during the 1964 world tour, while Ringo was recovering from an illness. It ended up being a nightmare for Jimmie later on for a number of reasons, but that is another story.

Billy Preston had a much better creative run contributing a great deal to their songs during the Abbey Road and Let It Be sessions. This is probably the closest a human being has been from experiencing what being a Beatle was.

As much as I would have loved to be part of the Beatlemania from the inside, I am quite happy I was born a decade later. If you are one of those hardcore fans, you may have weird experiences like this one I had while sleeping.

I was inside the white Roll Royce owned by John and they were all there dressed in pre-hippy outfits, really cool attire. At one point, John addressed all of us, me included(!), and said: “Hey fellas! listen to this demo I have just recorded at home”. He proceeded to insert a cassette in the car’s stereo (by the way, cassettes were introduced later in time, but I guess it is a creative licence my subconscious can afford to have).

The song was fantastic! John was singing with the help of an acoustic guitar and it sounded so John, and so Beatles from that period. The best thing is that I was there! Listening to an unknown Beatle demo, which was clearly talking about Paul, making fun of him. I thought to myself: “naughty boy John!!”

Paul realized that the song was about but him, but he played it cool.

The dream abruptly finished there, and I still have the chills of how vivid everything was and how natural I felt being with them. Unfortunately, I am so sorry to say I forgot the music and the lyrics for that exclusive song, but I promise it was a great Beatle song.

After beating around the bush for a while, let us get back to the subject in question: how to sound like the Beatles.

It is true that with almost any overdrive pedal you can make a decent performance of any of the Beatles overdriven guitar licks, especially with the right attitude and skills. But if you want to reach the next level andif you care for tone as we do, let me talk about some pedals that can serve you well.

I had the opportunity of trying the JHS Colour Box pedal and I was blown away by it, I love everything on it!

It is well known that John Lennon was getting frustrated because he couldn’t find the tone he was looking for during the Revolution recording. He wanted something similar to the sound Clapton was achieving with Cream. John was not known for being very polite to the Abbey Road assistants and told them: “It’s about fucking time you get this right!”

Geoff Emerick came with an idea that consisted in going straight to the mixing desk but using a series of preamps in chain first. This way, he could saturate the signal and add a bit more of a bite at every stage. To me, this pedal is the closest approximation to this weird and beautiful tone.

Conquering the tone with a Magical Mystery Box

Castledine Electronics pedals are handmade in the UK by Stuart Castledine, mainly built upon request. They really have cool stuff such as the Magical Mystery Box, whose circuit is based on the "Brilliant" channel of the JMI-era Vox Supreme/Defiant/Conqueror solid state amps. The Conqueror amplifier was the one that followed the Vox UL 730 and is one of the first successful examples of a solid-state amplifier. In 1967 it was the new thing and was one of the reasons for those who bought the Vox UL730 the previous year, which is hybrid (tubes and solid-state), to get rid of them favouring the trendier solid-state amplifier.

The Beatles used this amp a lot and it can be seen along with the Vox UL 730 in the video of Hello good-bye.

Magical Mystery Box really makes justice to these series of amplifiers. The pedal provides the clean, trebly sound of the amp, and has two switchable effects: MRB (Mid-range Resonant Boost) and Distortion. The MRB feature produces the same effect as a fixed wah. Lucky enough we have an original Vox Conqueror, and we were able to compare it with the Magical Mystery Box and I can tell you that really captures the essence of these great amps.

Fuzz for yourself with the Ronno Bender

Another cool brand worth checking out is Manlay Sound. The owner, Roman Gil, builds pedals one by one in his house in Barcelona. He probably is building one of his best sellers right now, the Ronno Bender, which is a very accurate replica of the legendary Sola Sound Tone Bender MKI from 1965. Only 50 units of the first run were built, one of which ended up in Pete Townshend’s hands, and later Mick Ronson “Ronno”, using it with the Rats and later on with David Bowie.

The same model was used by Paul McCartney to record the fuzz bass line on Think for Yourself. The Tone Benderwas created by Gary Hurst in London, who personally gave to George, but Paul was the one who ended up using it.

If you want to nail this tone and have a really versatile fuzz, the Ronno Bender really does the job.

If you are into the guitar sounds of Revolver and Sgt. Peppers you maybe know the Vox UL 730 amplifier is an important part of that sound.

How we got involved in this project is a quite long and interesting story, so I suggest you check our videos about it:

We are proud to say that Dr. Robert is the most accurate replica of the Vox UL730 that you can find in a pedal. I have really good memories working with my pal Marc Sospedra at our workshop, studying the UL730 and playing Beatles riffs all day long. I remember one day after trying many prototypes when Marc said: “try this!”.

I played She said she said and Paper Back Writer and we looked at each knowing that we had done it!

We knew there was something magical about this project, so once we had the pedal finished, I thought how great it would be to get Klaus Voormann to design the graphics for this pedal. Despite not being sure he would accept at first, we had the great honour of involving him in this project, how great is that?!

This were the lines he sent to define the illustration that would finally become the icing on the cake:

As you might know, the story goes that during a visit at the house of Dr. Roberts, sneaky Dr. Robert slipped some LSD into George and John’s tea.

That same evening George and John came down to the Pick Wick Club to see our band Paddy, Klaus and Gibson play.

The boys were quite out to lunch, as the English would say.

In your illustration I could show a hand, a cup of tea and, if it’s okay with you, Doctor Robert.

So with some psychedelic creatures, you’ve got your illustration. Klaus Voormann.

Sounding like the Beatles is a task that can be accomplished using several different devices nowadays, which truly defines the legacy of a timeless band that shaped a new way of producing music stirring the passion of music lovers around the world.