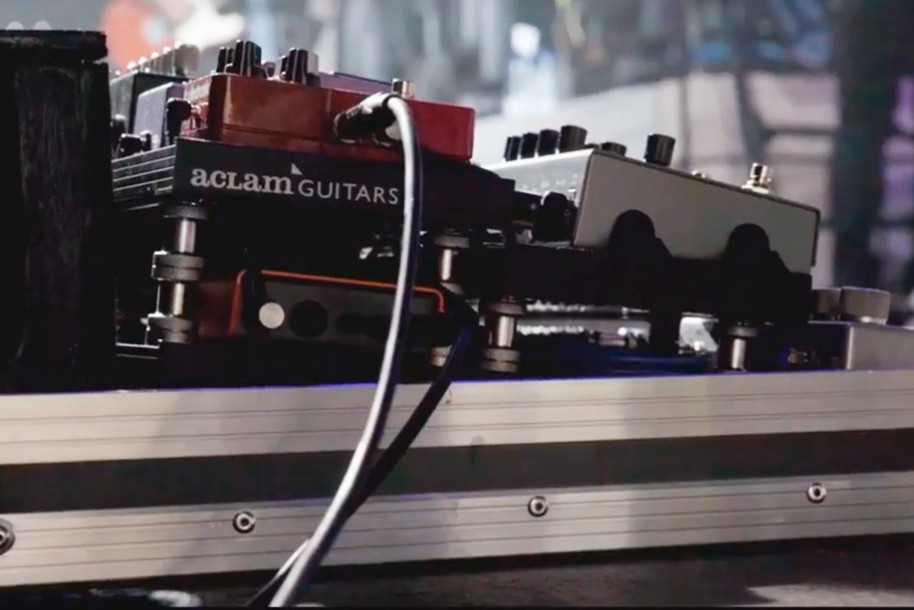 We interview Julián Saldarriaga, guitarist of Love of Lesbian

The Spanish indie group Love of Lesbian is already the soundtrack of a whole generation of young people and has already traveled half the world presenting their songs, which are full of festive and dancing themes and some more introspective as well. One of its components and guitarist, Julián Saldarriaga, has accompanied them since the first records and for many miles traveled on tour, 8 records and a lot of recognitions. For the presentation tour of their latest LP, ‘El poeta Halley’, Julián has chosen a custom pedalboard which includes the characteristic system used by Smart Track pedalboard: the Fasteners system.

Julián Saldarriaga explains in the following video, footed before the concert that Love of Lesbian performed to present ‘El poeta Halley’ in Razzmatazz club, in Barcelona; why he has chosen this system of fastening his effect pedals and presents his set of pedals, which will delight the most geeks.

These last days, and six months after releasing their last record, Love of Lesbian are touring Latin America for the second time. It’s been a while since those first records where Santi Balmes, singer and lyricist of the group, sang in English and when they were opening for The Cure as they passed on tour through Barcelona.

Many thanks to Julián for having us and good luck in the final stretch of the ‘Poeta Halley’ tour.

If you want to know more about our system of Fasteners of which Julián speaks in the video, you can consult all the information here and consult the points of sale here.