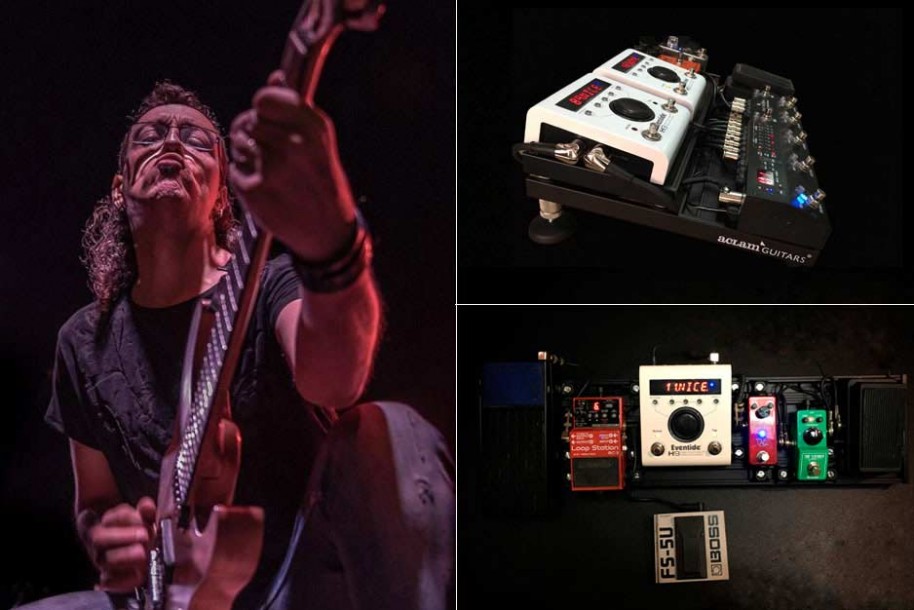 “The system with Fasteners avoids that uncomfortable situation when you open your pedalboard case, after having spent a whole summer day inside a van, and you find out that your wonderful pedalboard has a massive stain of adhesive and the velcro has mysteriously been removed from its place leaving behind a sticky trace. Having this picture in your mind, imagine that this happens a few minutes before sound check”.

Jordi Martínez, versatile guitar player who plays in different groups like Autoput, &Swing and Aquell Parell, explains from his professional point of view how did he switched to Smart Track pedalboard system. He uses Smart Track XS2 and S1, which brings the option to be reconfigured as many times as he wishes so as to play swing or rock without losing any minute with resetting his pedals.

One advantage that Smart Track pedalboard has, according to Jordi, is the chance to switch from Velcro to Fasteners one step at a time if necessary. This is what he has done with his rig, keeping some effects pedals with Velcro: “in my case, I use both Fasteners with Smart Track and Velcro with an Upper SE that I’ve got installed in my ST XS2. This combination allows me to safely interchange pedals and keep them looking clean and new for more time, also, use Velcro if it’s been the system that you’ve been using until today. You only need to turn the surface and you get it. That simple!”.

Jordi Martínez is also Eventide ambassador in Spain, George Tube Amps’, Free the Tone endorser and Suhr Guitars as well and we are so happy to count on him also as Aclam Guitars’ endorser.