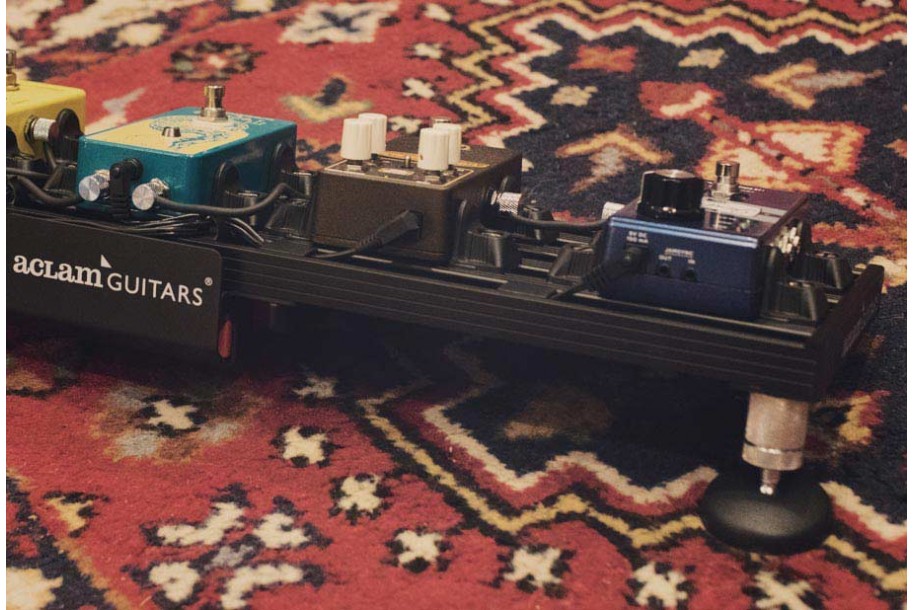 And the eighties came!

Although the effects industry was in good health, the eighties became a boom for most manufacturers.

In the early eighties, most effect units were analog and manufactured in a stompbox format; but a new technology would start catching the attention of pro musicians. Yes, you guessed right; the rack format and digital processing started to gain relevance.

BUT WHAT HAPPENED TO THE EFFECTS PEDALS?

While rackmount units were the main standard in most professional rigs, effect pedals became a kind of underground and low budget alternative to the super fancy and expensive rackmount rigs.

Apart from the digital revolution, another setback put the effect pedal industry into a tight spot, specially the American; that was Japan! Nowadays we see a large offer of cheap Asian copies of many boutique designs, but this isn’t new.

Although many Japanese brands designed their own products, by the early eighties some companies like MXR or Electro Harmonix ran into problems due to illegitimate copies of their designs. Japanese manufacturers like Coron or Maxon offered cheap versions of the Distortion + or the Electric Mistress with total impunity.

Those copies sold really well both in the European and the US markets, forcing some industry pioneers like Electro Harmonix and MXR to close their business. This scenario led some Japanese companies like Boss (part of Roland) and Ibanez (manufactured by Maxon) to be leaders of the pedal industry. They did remarkably well with some designs that would become classics like the Boss CE-2, DS-1, DD-3, CS-2 etc. and the world-renowned Ibanez Tube Screamer series. At this stage, effect pedals were mostly being used by alternative and emerging musicians due to its reduced cost comparing to rackmount devices.

In 1987 two major events were to spark the stompbox interest again. A company called Crest Audio, which had the rights for the Fuzz Face, reissued this legendary fuzz pedal. Most probably because of Stevie Ray Vaughan and Eric Johnson. SRV was a total outsider of the mainstream digital madness, being a raw guitar player who performed in the old school way; guitar, a couple of pedals and a good tube amp cranked up. Johnson was sort of in-between, he had a really refined technique and sound, but he also liked to mix digital effects like delay and reverbs with vintage guitars, amps and a Fuzz Face which is known to be part of his tone. In fact, “Tone” is a word that would start to mean a lot more since then, specially once entered the nineties. The other event occurred in 1987 that would shake the industry was the purchase of the rights for MXR from the giant guitar accessory manufacturer Jim Dunlop. Those moves were the beginning of the end of Japanese hegemony. Dunlop immediately reissued MXR classics like the Phase 90 and soon started new designs. Between 1987 and 1990 Crest Audio built around 2000 units of the Fuzz Face which became breeding ground for the current vintage stompbox mania. Back in 1991 another big name in the pedal industry rose again from its own ashes under the Sovtek brand with a reissue of their most popular product, the Big Muff. Now being manufactured in Russia, EHX reissued the Small Stone and Bassballs as well.

Remember how the stompboxes were an underground option for novel bands in the 80’s? Well, by the early 90’s those bands started the new musical revolution. Bands like Nirvana or The Smashing Pumpkins grew up using old effects because they were cheap and unintentionally started a new era of guitar tones.
They sounded totally different from any mainstream records of the 90’s, being centered in attitude instead of a pristine lifeless tone, those records sounded raw and organic. The Small Clone and Poly-Chorus from EHX were one of Kurt Cobain’s favorite pedals, and Billy Corgan blew minds with his solo tone using Big Muffs and Fender Blenders. Those sounds caught the interest of musicians and suddenly old effect pedals became vintage gems.

As the interest in vintage and rare stompboxes kept growing and many 70’s manufacturers were back in business, by the mid-nineties a new kind of company shyly started to appear in the effect pedal scene. Instead of being big companies with a lot of employees, they mostly had a single human being behind them, a person who designed and built each one of his pedals with love and passion, seeking the best tone possible. Names like Fulltone, Zvex, Foxrox Electronics, Way Huge, and Frantone were the first to coin this new product concept: Boutique pedals.